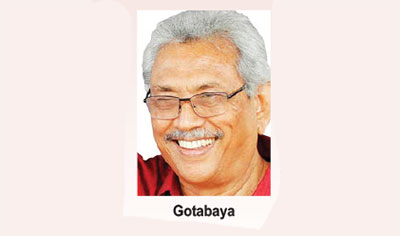 Civil society organisation Viyathmaga has emerged as an influential group within the SLPP (Sri Lanka Podujana Peramuna) parliamentary group with eight out of nine contestants gaining entry into parliament at the just concluded general election.

Of the successful Viyathmaga members, only Weerasekera has represented the parliament before having served the Navy for over three decades. Weerasekera represented Digamadulla electorate during Mahinda Rajapaksa’s second tenure (2010-2015) as the President.

At the onset of Gotabaya Rajapaksa’s entry into active politics, the wartime Defence Secretary launched Viyathmaga in early 2016 to take his message to the masses. Viyathmaga was followed by second civil society group Eliya that focused on countering moves to introduce a new Constitution at the expense of the country’s unitary status.

In the run-up to the Aug 5 election, Rear Admiral Weerasekera told The Island that he had moved from Digamadulla to Colombo at the behest of President Gotabaya Rajapaksa. Weerasekera said that having successfully contested Digamadulla at the 2010 general election he felt comfortable with joining the fray there in spite of being unsuccessful at the 2015 parliamentary election.

Weerasekera said that there hadn’t been a previous instance of a President fielding a team of his own for parliamentary election since the introduction of the proportional representation system.

Dr. Arambepola quit the post as the Governor of the Western Province to join the SLPP National List.

The emergence of the Viyathmaga as a political entity at the 2020 general election was a significant development that would shape the political landscape and give President Gotabaya Rajapaksa strength, Dr. Godahewa said during his campaign.

Prof. Channa Jayasumana came second in the Anuradhapura District. Six others were elected on the SLPP ticket.

Speculation is rife that the Viyathmaga will be represented in the Cabinet. In terms of the 19th Amendment to the Constitution, the Cabinet has to be restricted to 30 members.

Parliament is scheduled to meet on Aug 20.

Political sources told The Island that the emergence of Viyathmaga contestants as President Gotabaya Rajapaksa’s nominees caused issues in some districts though the ruling party managed to prevent untoward incidents.

Viyathmaga sources said that though SLPP National List nominees Ali Sabri and Charitha Herath hadn’t been named as Viyathmaga members; they earnestly backed the project. Sources added that Viyathmaga campaign had got underway even before SLPP secured Election Commission recognition on Nov 1, 2016 as a political party.

In addition to Viyathmaga, President Gotabaya Rajapaksa paved the way for Yuthukama to field Anupa Pasqual on the SLPP Kalutara District list. Pasqual polled 97,777 preferential votes to be sixth out of eight elected from the Kalutara District by the SLPP. Yuthukama leader Gevindu Cumaratunga, who campaigned for the change of UNP-led government since 2015, has also received an SLPP National List slot.

Both Viyathmaga and Yuthukama campaigned for Gotabaya Rajapaksa at the 2019 presidential election.

Karu thanks EC for free and fair poll