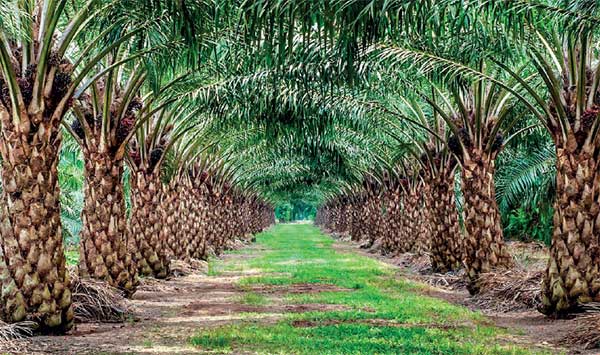 Carson Cumberbatch PLC, the 107-year old Colombo incorporated conglomerate had suffered a group loss of Rs. 2.65 billion in the year ended Mar. 31, 2020, down 349% from a profit of Rs. 1.07 billion a year earlier. according to the company’s just released annual report.

Despite possibly the worst challenges faced during its long history, Carson’s Chairman Tilak de Zoysa said he was proud to report that none of their group employees lost their jobs or had to take pay cuts on account of the Covid impact – something they considered a key corporate social responsibility.

Carson’s are among the world’s major players in palm oil with extensive plantations in Indonesia and Malaysia and substantial processing capability. The business had been impacted in the year under review by two consecutive years of low prices for crude palm oil (CPO), de Zoysa reported.

“(Prices) started recovering during the third quarter, and were yet again pushed down by the demand downturn following the spread of the pandemic,” he said. “In addition global crude petroleum prices were not incentivising vegetable oil during the year.”

These remained range-bound at the USD 50-60 level, subsequently crashing since Jan. 2020 despite the emergence of an industry benevolent bio-diesel programs in Indonesia. Also adverse weather hurt crops impacting the fresh fruit bunch production.

In addition to growing and processing palm oil, Carson’s are into the ancillary oils and fats industry, beverages (being the dominant stakeholder in the Lion Brewery), portfolio and asset management, controlling the wealthiest investment company quoted on the Colombo Stock Exchange, leisure (Pegasus Reef and Giritale Hotels) and real estate owning prime commercial properties in Colombo.

The chairman said their three main areas of activity were oil palm plantations, beverages and portfolio and asset management with a value of Rs. 7.2 billion.

Despite the negative results resulting from a variety of factors including the Easter bomb and the pandemic, de Zoysa said that as a “resilient conglomerate, the group remained focused and positive by looking ahead despite the immediate economic and operational strain created by the pandemic on markets and businesses.”

He vowed to move forward achieving a balance of utmost health and safety of their operations and the optimum level of business and customer satisfaction.

Carson’s has a strong balance sheet with total assets totaling Rs. 172.9 billion and total liabilities Rs. 117.7 billion. A revenue reserve of Rs. 23.1 billion is also carried in the books. An interim dividend of 75 cents per share was paid during the year under review, down from one rupee a share a year earlier.

Bukit Darah PLC, a member of the Carson’s group, is the single largest shareholder of the company where there is a total if 1,997 shareholders in the register including the EPF (2.85%) and several non-resident investment funds. The Selvanathan family, founders of the Sri Krishna Corporation, is the ultimate controlling shareholder.