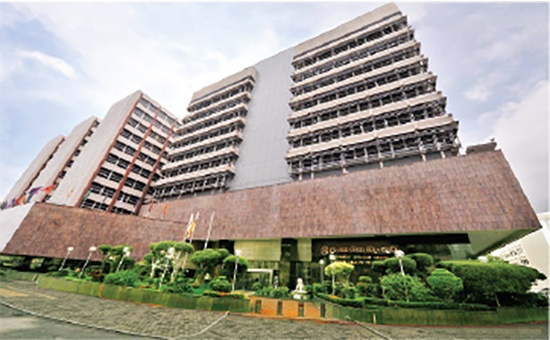 The Board noted the decline in overall market lending rates, following the unprecedented monetary easing measures taken by the Central Bank thus far during the year, and expects the broadbased downward adjustment in market lending rates to continue, thereby ensuring affordable credit flows to productive sectors of the economy in the prevailing low inflation environment.

The global economy, as per the World Economic Outlook (WEO) of the International Monetary Fund (IMF) released in October 2020, is projected to contract by 4.4 per cent in 2020. The outlook for growth in 2020 is less severe than the IMF’s previous forecast, supported by large scale policy stimuli implemented worldwide. However, the recent surge in COVID-19 cases globally has prompted several countries to reimpose lockdowns, which may dampen global growth prospects.

Against this background, most central banks across the globe are expected to continue their accommodative monetary policy stance in the foreseeable future.

The Sri Lankan economy is expected to move along a faster recovery path, despite the latest surge in COVID-19 cases locally that could hamper near term growth prospects.

Better than expected outcomes in the external sector, as reflected by the incoming data, are indicative of the resilience of the external sector amidst growing worldwide uncertainties triggered by the outbreak of COVID-19. Alongside the improvement in earnings from merchandise exports, restrictions imposed on the importation of non-essential goods and low crude oil prices helped narrow the trade deficit substantially during the nine months ending September 2020. Services exports, excluding the tourism sector, continued to record a healthy growth led by computer and logistic services related activities. Workers’ remittances continued to record a notable acceleration since June 2020. In the meantime, Sri Lanka successfully settled the International Sovereign Bond (ISB) of US dollars 1 billion matured in early October 2020, continuing the unblemished record on debt servicing. The exchange rate remained stable and the depreciation of the Sri Lankan rupee against the US dollar is limited to 1.5 per cent thus far during the year. In this background, the Central Bank continued to purchase a sizeable volume of foreign exchange from the domestic market. Gross official reserves were estimated at US dollars 6.7 billion at end September 2020, which provided an import cover of 4.6 months.

Inflation is expected to remain within the desired range

Headline inflation, based on the Colombo Consumer Price Index (CCPI), decelerated in September 2020, on a year-on-year basis, while there was some acceleration in the National Consumer Price Index (NCPI) based headline inflation due to the rise in food prices. Meanwhile, core inflation based on both CCPI and NCPI continued to remain low, reflecting subdued demand conditions. The recent increase in food prices is expected to be short-lived supported by domestic supply side developments as well as the recent reduction in prices of several essential goods. Accordingly, inflation is expected to remain broadly within the desired range of 4-6 per cent in the near term and over the medium term with appropriate policy measures.

Most market interest rates have declined, reflecting the impact of the measures taken by the Central Bank thus far during the year

In response to the monetary easing measures effected to bring down borrowing costs of businesses and households, both market deposit and lending rates adjusted notably so far during the year. The Average Weighted Prime Lending Rate (AWPR) declined to historic lows in recent weeks, while new lending rates also adjusted downward in line with the expectations of the Central Bank. The imposition of lending rate caps on selected financial products in August 2020 has also helped bring down the overall lending rates in the market. Further space remains for market lending rates to decline, particularly with the high level of excess liquidity in the money market, which is deposited with the Central Bank at the SDFR of 4.50 per cent at present.

Following the contractions recorded in the preceding three months, credit disbursed to the private sector expanded notably in August 2020, reflecting the impact of low lending rates as well as concessional credit schemes. The expansion of credit to the private sector is expected to continue in the period ahead, despite the recent rise in COVID-19 infections, which is expected to be short-lived. Meanwhile, the overall domestic credit continued to expand sharply driven by the substantial increase in credit to the public sector. Accordingly, the growth of broad money further accelerated in August 2020.

In consideration of the current and expected macroeconomic developments highlighted above, the Monetary Board, at its meeting held on 21 October 2020, was of the view that the current accommodative monetary policy stance is appropriate. Accordingly, the Board decided to maintain the Standing Deposit Facility Rate (SDFR) and the Standing Lending Facility Rate (SLFR) of the Central Bank at their current levels of 4.50 per cent and 5.50 per cent, respectively. The Central Bank will continue to monitor domestic and global macroeconomic and financial market developments and take further measures appropriately to ensure that the economy promptly reverts to a sustained high real GDP growth path, while maintaining inflation in the 4-6 per cent range under its flexible inflation targeting framework.