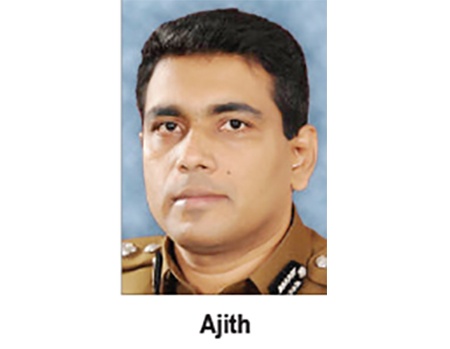 Police spokesman DIG Ajith Rohana yesterday (14) said that those who had been assigned to provide security to politicians were duty bound to assist the police in case they (VIPs) evaded law enforcement authorities under any circumstances.

DIG Rohana, who is also an attorney-at-law, said so at a hastily arranged media briefing at the police headquarters.

At the onset of the briefing, DIG Rohana said that as a precautionary measure in view of the growing threat posed by corona, the police headquarters wouldn’t invite print media for briefings whereas television crews would be invited only if it was really necessary. However, audio recordings would be provided to all media organizations, the police spokesman said.

DIG Rohana told The Island that the constable had been taken into custody in terms of Section 209 of the Penal Code for harbouring and concealing a suspect.

There had never been previous instances of VIP bodyguards being taken into custody over absconding politicians.

According to him even though personnel had been assigned for VIP security tasks, they were responsible as law enforcement officers to assist the police. The police also seized two vehicles – a Range Rover and Axio allegedly used by Rishad Bathiudeen on Tuesday. The media were told, the raiding party took the vehicles into their custody along with drivers. “We also recovered two pistols, two magazines and 48 rounds of ammunition,” DIG Rohana said.

The arrested drivers were identified as 45 and 56 year old residents of Puttalam.

The police are looking for Rishad Bathiudeen over misappropriation of public funds to transport a group of voters from Puttalam to Mannar on Nov 16, 2019 on the day of the last presidential election.

Fort Magistrate Priyantha Liyanage on Tuesday told the CID that there was no requirement to issue a warrant for the former minister’s arrest as the police could take him into custody.

The AG has found fault with the CID over the release of Riyaj on Sept. 29.

Acknowledging that the issue had even attracted the attention of President Gotabaya Rajapaksa, DIG Rohana said that a high level internal investigation was now underway. DIG Rohana said that the AG issued instructions in respect of seven vital matters regarding the Riyaj investigation. Two teams, each comprising 30 officers headed by two SSPs would inquire into the seven contentious matters, including money laundering et al under direct supervision of the new DIG, CID, DIG Rohana said.

DIG Rohana revealed that in the wake of the AG meeting the new DIG, CID where fresh instructions were received, Secretary Defence Maj. Gen. (retd.) Kamal Gunaratne, participated in a meeting to decide the future course of action.

DIG Rohana said that the police would take tangible measures to restore confidence in the CID.