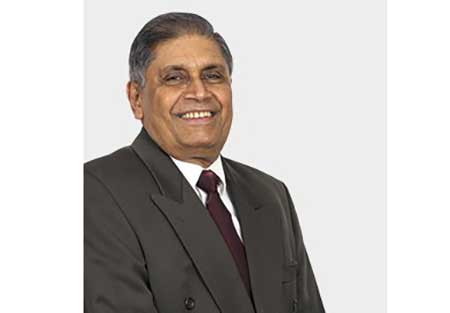 Company however able to declare a modest dividend

Ceylon Tea Brokers PLC, listed on the Colombo Stock Exchange as the first standalone tea broking company in 2010, has reported a negative bottom line in the year ended Mar. 31, 2020, despite posting an overall performance its chairman, Mr. CPR Perera, saw as encouraging in the face of lower production and declining tea prices.

The loss was the result of an extraordinary impairment charge of Rs. 119.85 million (Rs. 21.45 million the previous year), on account providing for loans and advances to tea suppliers in accordance with SLFRS standards. This has been charged to the company’s marketing expenses of Rs. 133.3 million.

“This had a significant impact on the company’s bottom line (down to a loss of Rs. 62.5 million from a profit of Rs. 21.54 million the previous year) resulting in a much lower PAT compared to 2018/19,” Perera said.

However, the company’s tea business had posted a profit of Rs. 21.5 million during the year, down from Rs. 115.3 million a year. Despite the negative bottom line, the directors have proposed a modest dividend of eight cents per share against the previous years 35 cents per share involving a payout of Rs. 14.5 million absorbing 67.75 of the distributable profit.

Perera reported that they had done well to post a 18% increase in the volume of tea it handled in the year under review although the value of the tea marketed had shown only a marginal increase on account of the decline in tea prices during the year.

Ceylon Tea Brokers’ fully owned subsidiary, Logicare (Pvt) Ltd. had commence operations during the year. This company operates state-of-the-art warehousing complex providing over 12,000 pallet locations. It primary caters to the warehousing requirements of the parent’s producer clients adding value at both ends of the supplier chain.

“With state-of-the-art infrastructure, modern equipment, cutting edge technology and a team of expert, Logicare is equipped as one of the best one-stop logistic service providers with a strong ability to serve various industry verticals,” Perera said.

“During the year under review Logicare partnered with some of the leading companies in Sri Lanka as well as Multi-national corporations as their strategic 3PL (third party logistics) service provider covering various industry verticals such as FMCG (fast moving consumer goods), apparel, stationary, telecommunications and e-commerce.”

He was confident that this company, in the context of the growing demand for 3PL services globally, would significantly contribute to group revenue and profitability in the future.

The company’s CEO/Director Waruna de Silva explained that the impairment charges arose from some tea producers scaling down operations of account of lower production and operations but on a positive note, a few factories that have closed down had re-opened.

Ceylon Tea Brokers origins go back to 2005 when the Captal Alliance Group acquire the long established produce broking firm of De Silva, Peiris and Abeywardena subsequently listing it on the CSE.

COVID–19 is accelerating the technology takeover