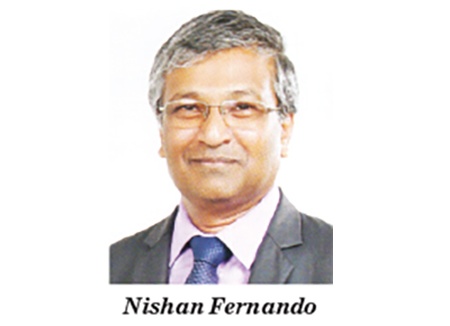 First Capital Holdings PLC (FCH), a Janashakthi company, reported its best ever performance in the year ended Mar. 31, 2020 with its profit after tax topping the billion rupee mark, up from Rs. 8 million the previous year.

The company’s chairman, Mr. Nishan Fernando, said in a statement in the company’s recently published annual report that the record breaking performance was without doubt the best year to date, with the group’s impressive performance achieved against some obviously negative headwinds that saw the country posting what he called “sub-par economic growth” for the third consecutive year.

“Our ability to deliver consistent results even in tough times, is a testament to the group’s robust operating model,” Fernando said. “I am also convinced that the ongoing emphasis placed on strengthening each of our core businesses and firming up their positions within their immediate operating domain, has been a critical success factor for the group.

Fernando said the outstanding performance was supported by a demonstrable improvement across all key metrics with revenue up to Rs. 5.22 billion from Rs. 4.17 billion a year earlier.

He said he was particularly pleased with the performance of their primary dealer operation – First Capital Treasuries PLC, as a result of the Central Bank’s monetary policy easing in the latter part of 2019.

Focusing mainly on the unlisted debt market, their Corporate Advisory Unit leveraged on the opportunity to re-enter the listed debenture space after three years raising approx Rs. 7.25 billion by way of listed debentures.

Their wealth management unit had also made remarkable progress to deliver the best financial results to date. The wealth management clientele had shown a degree of maturity during the year for which he credited their efforts to raise market awareness.

He expected the Covid-19 pandemic will continue to dictate the country’s medium term economic outlook. Based on the assumption that at the very least, the existing monetary policy easing measures will remain in effect, he expected their group “to benefit from a highly conducive environment.”

The company’s Director/CEO Dilshan Fernando said that a continuation of the current monetary policy slant at least for the forthcoming financial year will benefit their group with the low interest rates offering strong growth potential. He also saw the opportunity to expand their corporate advisory services as businesses restructure in the post-Covid era.

“Also, as the equity market bottoms out, there is likely to be renewed interest in investing, especially from foreign investors over the coming months,” he said. “This will no doubt boost the prospects of our stock broking arm.”

The Janashakthi Groups owns over 75% of First Captal.