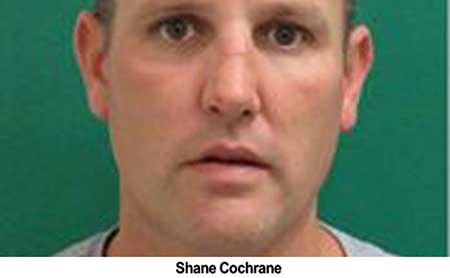 Shane Cochrane killed her instantly after he sped through a red light in Clayton in August 2019, having used ice and GHB the night before.

The 20-year-old Sri Lankan international student, on her way home from Monash University, was thrown nearly 60m by the impact.

But Cochrane didn’t stop, instead dumping his car at an abandoned church nearby before hopping into a DiDi ride share.

Judge Liz Gaynor sentenced the 38-year-old, who appeared to wipe away tears as he faced the Victorian County Court on Tuesday, to a maximum 10 years behind bars, the Australian media reported yesterday (6)

Cochrane had earlier pleaded guilty to multiple offences including culpable driving causing death, and failing to stop and render assistance.

Ms Perera’s parents were torn when their only child was accepted to study commerce at Monash, the court heard.

Her mother, Kamal, said in a statement they were “reluctant” to let their daughter go from their care and protection, but wanted the young woman to be able to “fulfil her dreams and live independently”.

“I still regret the fact that I let her go (to Australia),” the 52-year-old said.

“If I kept her back (home) … she would have lived.

“We do not have anything to look forward to in the future.”

Kamal Perera and her husband despaired that their daughter wouldn’t be able to care for them in their old age, as is customary in Sri Lankan culture.

“The irony of the situation is that Nisali had a belief that Australia was a very safe country,” Judge Gaynor said on Tuesday.

“She was the centre of her parents’ world and their lives have been entirely and irrevocably shattered.”

Cochrane had already been sentenced 29 times, mostly for drug and driving offences, when he fatally struck Ms Perera.

He was still under the influence of ice when he sped, unlicensed, through a light which had been red for 12 seconds.

A collision reconstruction expert told the court Cochrane was “most likely” driving at 95 to 102km/h when he struck Ms Perera, who was 2.3m away from crossing the road.

The former furniture removalist and courier was arrested sleeping in a home at Officer, southeast of Melbourne, five days after the crash.

“I was just driving along that road and … the next thing I know, I’ve hit somebody, like, I didn’t even see her one bit,” he told police.

Cochrane is thought to have a brain injury from prolonged drug use and trauma, after an upbringing marred by violence. His mother died from drugs when he was a teenager.

He will be eligible for parole after eight years, but has already served 355 days in pre-sentence detention.

Due to environmental concerns govt. to ditch oil palm cultivation in favour of coconut, rubber