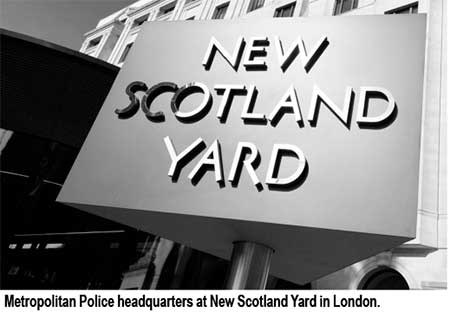 Police in London have opened an investigation into war crimes allegedly committed by British mercenaries in Sri Lanka during the 1980s, Daily Maverick has reported.

The probe follows publication earlier this year of a book about UK military veterans from a company called Keenie Meenie Services (KMS). It exposed how KMS members were involved in war crimes against Tamil civilians at the start of Sri Lanka’s civil war in the mid-1980s – and escaped accountability.

“KMS, whose chairman was a former aide-de-camp to Queen Elizabeth II, became involved in the conflict after a special adviser to British Prime Minister Margaret Thatcher suggested that UK support for Sri Lanka’s security forces “might be privatised”.

“KMS also hired British pilots who flew helicopter gunships on combat missions, including an alleged raid on the village of Piramanthanaru, northern Sri Lanka, in which 16 people died in 1985.

“The UN body subsequently submitted concerns about KMS to Britain’s Foreign Office, asking what criminal measures the UK government had taken to “combat impunity”. Five UN rapporteurs, including experts on torture and disappearances, supported the submission.

“British diplomats in Geneva responded last week, telling the UN that the Metropolitan Police has “received a referral concerning war crimes alleged to have been committed by British mercenaries in Sri Lanka during the 1980s”.

“They added: “Following receipt of the referral, the War Crimes Team began a scoping exercise into the matter, in accordance with the Crown Prosecution Service’s published guidelines for referrals of war crimes and crimes against humanity.”

“When contacted for comment, the Metropolitan Police declined to comment further but confirmed that the scoping exercise was ongoing.”