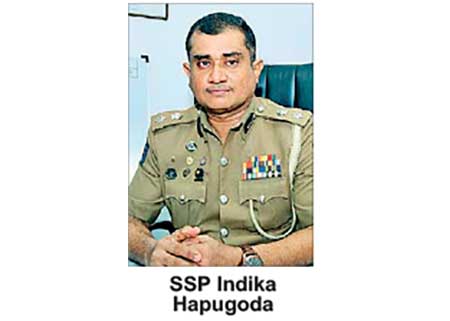 The mandatory traffic lane rules now being enforced on four key routes in Colombo and its suburbs have helped to ease road congestion to a considerable degree, a senior police official asserted, amidst the Automobile Association of Ceylon (AA) adopting a “let’s wait and see” stand on the issue.

“We are happy with the outcome”, says SSP Indika Hapugoda, Director, Traffic Administration and Road Safety.

There were teething problems at the initial stage, but as the days progressed, the outcome was fruitful, he said. “There was a marked improvement with every passing day and by Friday, there was relative free flow of traffic on the designated routes”.

Asked about concerns raised by private bus operators over three-wheelers and motor cycles being directed to use the specially demarcated ‘bus lane’, SSP Hapugoda replied, “that’s not an issue. There are four private bus associations in the country and only one has complained. The others are happy with the arrangement”.

“There are complaints about traffic congestion aggravating in some areas after the new rules were implemented”, said Devapriya Hettiarachchi, Secretary, Automobile Association of Ceylon.

Many staff members were late by about half an hour after the traffic police began implementing the new road rules, he noted, and added that according to complaints, the bottlenecks were largely at Nugegoda and Kadawatha.

“Anyway, let’s wait and see how the new traffic scheme plays out”, he continued.

The traffic police will continue to strictly enforce the road rules, SSP Hapugoda stressed. “We expect better results on Monday”.

Violators will be fined Rs. 2,000, the director warned.

Divided into four zones, the traffic lane rules are being implemented from the new Kelani Bridge on the Baseline Road to the High Level junction via Orugodawatta, Dematagoda, Borella and Narahenpita.

Hemasiri begins to unload against Sirisena