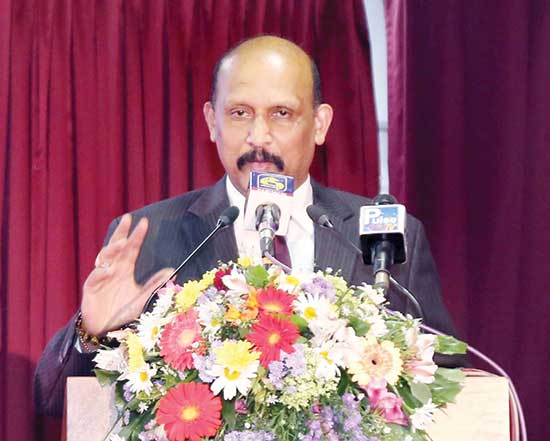 The event organised by the “Harimaga organization” was themed “Post COVID-19 Renaissance – Present and future development of Sri Lanka.”

Gunaratne said national security and defence were essential for the country’s development.

“These two are also crucial in attracting much-needed direct foreign investment to the country,” he said, alluding to the President Gotabaya Rajapaksa’s election manifesto – Vistas of Prosperity and Splendour.

“Although separatism was militarily defeated in May 2009, we need to eliminate the separatist ideology. Some individuals of the Tamil diaspora are constantly promoting this ideology,.”.

Following the war 12,242 ex-LTTE cadres had been rehabilitated and reintegrated into the society. However, some remnants of front organisations of the LTTE were still attempting to indoctrinate and recruit the rehabilitated cadres, he said.

Referring to the Easter Sunday suicide attacks in 2019, the Defence Secretary said that if those responsible had listened to the intelligence agencies the attacks could have been prevented. “Our military intelligence operatives were imprisoned and harassed. This caused gaps in our intelligence information. This allowed extremists to operate scot-free and under the radar” he said.

In contrast the current administration took intelligence information seriously and because of that a number of detections had already been made, Gunaratne said. The security forces had found over 1.5 kilos of high explosives and over 90 detonators from Mannar.

“In addition, the military has also taken a few remote control devices into custody. If we also overlooked these incidents, none of these would have been recovered. We will never leave room for separatism from the North to rise or extremism from the East to spread fear and destruction in this country ever.”

The Defence Secretary also mentioned the steps taken to eliminate drug syndicates that had been operating from prison cells. “To deal with this, we appointed capable officers in charge of the Prisons Department and the Police Special Task Force,” he said.

Speaking about the initiatives taken to change the existing system in prisons, Gunaratne said a maximum security prison was already under construction to detain serious criminals and drug smugglers. Meanwhile mobile phone jammers had already been installed at the Boossa and the Angunakolapelessa prisons.

He also revealed plans to enhance the welfare of prisoners and to reduce overcrowding in prisons.

“We have taken steps to increase facilities to rehabilitate drug addicts. A special Centre, with state-of- the-art facilities, to accommodate over 1,000 inmates is now under construction at Nittambuwa. Another facility will be constructed at Weerawila to accommodate 2,000 inmates”, he added.

The Defence Secretary highlighted the plans to curb illegal sand mining and prevent illegal encroachments especially in the Western Province. A special unit had been established at the Criminal Investigation Department (CID) to investigate public complaints, he said.