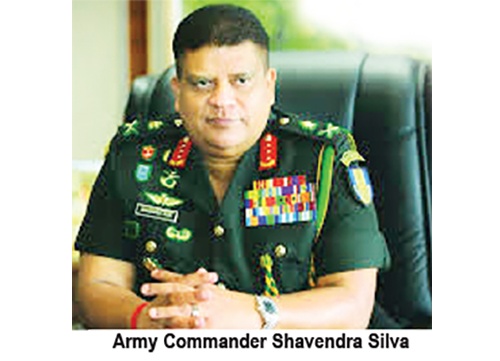 Restrictions imposed on several areas in Colombo and the Gampaha Districts would be lifted from 5 am today, Army Commander Shavendra Silva said yesterday.

Restrictions on Borella, Wellampitiya, Fort and Slave Island in the Colombo district and Ja-Ela and Kadawatha police areas in Gampaha District will be lifted from today.

Train services will resume this morning with 40 office trains operating, the Railways Department states. However, trains will not stop at the stations located in areas isolated due to the pandemic.

Trains operating on the Chilaw line from Fort to Chilaw and Puttalam will not stop at Maradana, Kelaniya, Ragama, Negombo and Kurana main stations and Wanawasala, Peralanda, Kattuwa, Dematagoda and Horape substations.

Trains operating on the Kelani Valley line from Colombo Fort to Kosgama and Avissawella will not stop at Base-Line and Maradana stations.

Trains will operate on the coastal line from Colombo Fort to Panadura, Kalutara South, Aluthgama, Hikkaduwa, Galle, Matara and Beliatta.

Secretary to the Ministry of Education, Prof. Kapila Perera said that over 5,300 schools would reopen for Grade 6 to 13 from today. Schools in the Western Province and other areas declared as isolated would reopen later, he said.

Police Spokesman, DIG Ajith Rohana said that they would regulate school vans transporting students to schools and see if the health guidelines could be followed in classrooms.

“There are health ministry guidelines on transporting children to school.”