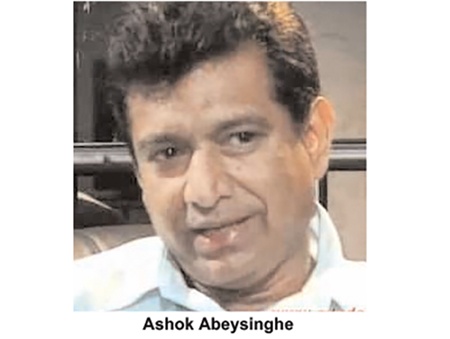 Due to mismanagement of successive governments

The country’s agriculture sector has declined over the past three decades due to mismanagement of successive governments, a SJB parliamentarian said.

Participating in the committee stage debate on Budget 2021 on Thursday, SJB Kurunegala District MP Ashok Abeysinghe said that there had been eight ministers of agriculture since 1994 with various concepts that had been worded nicely but none of them was able to prevent the country’s agriculture sector’s march towards total collapse.

“After five million tons of paddy are milled, we get around 3 million metric tons of rice. The country’s consumption is around 2.6 to 2.7 million metric tons of rice. So we have a surplus of rice when the harvest is good. Why cannot the rice prices be brought down so that consumption would increase? In this country, daily consumption of 450 gram loaves of bread is 3.5 million. If the rice prices are brought down, then people will consume more rice instead of bread.

“The government keeps printing gazettes indicating controlled prices for rice, but there is no rice at those prices in the market. Under this government five such gazettes have been printed”.

MP Abeysinghe said that till the issues pertaining to mismanagement are addressed, the concepts and projects implemented for the development of agriculture would remain mere beautiful words.

His successor Mahinda Yapa Abeywardena continued on the same lines of his predecessor’s theme. Duminda Dissanayake as the minister of agriculture launched the ‘Jathika Nishpadana Sangramaya’ (National Production Campaign) project. Mahinda Amaraweera worked under the theme ‘Api Wavalai Api Kanne’ (We eat only what we grow) national project. Now the incumbent Minister Mahindananda Aluthgamage is working under the theme ‘Batha Bulathin Saru Ratak’ (Country full of rice and betel). Now after all those projects what we got? We have today a seven percent GDP contribution from agriculture with a minus 5.6 growth rate, the MP noted.

He further said: “These indicators will turn better if the government genuinely attempts to develop the agriculture sector under proper management. In this budget for the next year, only Rs 4,500,000 allocated to develop the poultry industry which currently produces around 12 million eggs per year. This is not a practical allocation. When the President took oaths at Anuradhapura, free fertilizer was promised to all farmers but the budget proposals say that only the paddy farmers would get it free while other farmers will have to pay Rs 1,500 per a sack of fertilizer”.

“The farmers have a problem with seeds. They have crop destruction problems from floods, drought and wild animals. Those who lose their crop cannot survive such a season without borrowing. The agrarian insurance scheme has numerous problems with around one fourth of farmers being excluded from it,” MP Abeysinghe said.